What's been cooking this last month in the Seq kitchen? Today we published version 5.0.949-pre as a new datalust/seq Docker image, and for the first time, a .NET Core-based Windows MSI that's available from the Seq downloads page.

The new preview fixes some of the issues reported against our earlier Docker image, and adds features that are new in 5.0.

In Seq 5.0 we're completely overhauling API keys in order to open up some new scenarios. API keys can now be given fine-grained permissions, and it's possible for users to self-provision API keys and selectively delegate their own permissions: 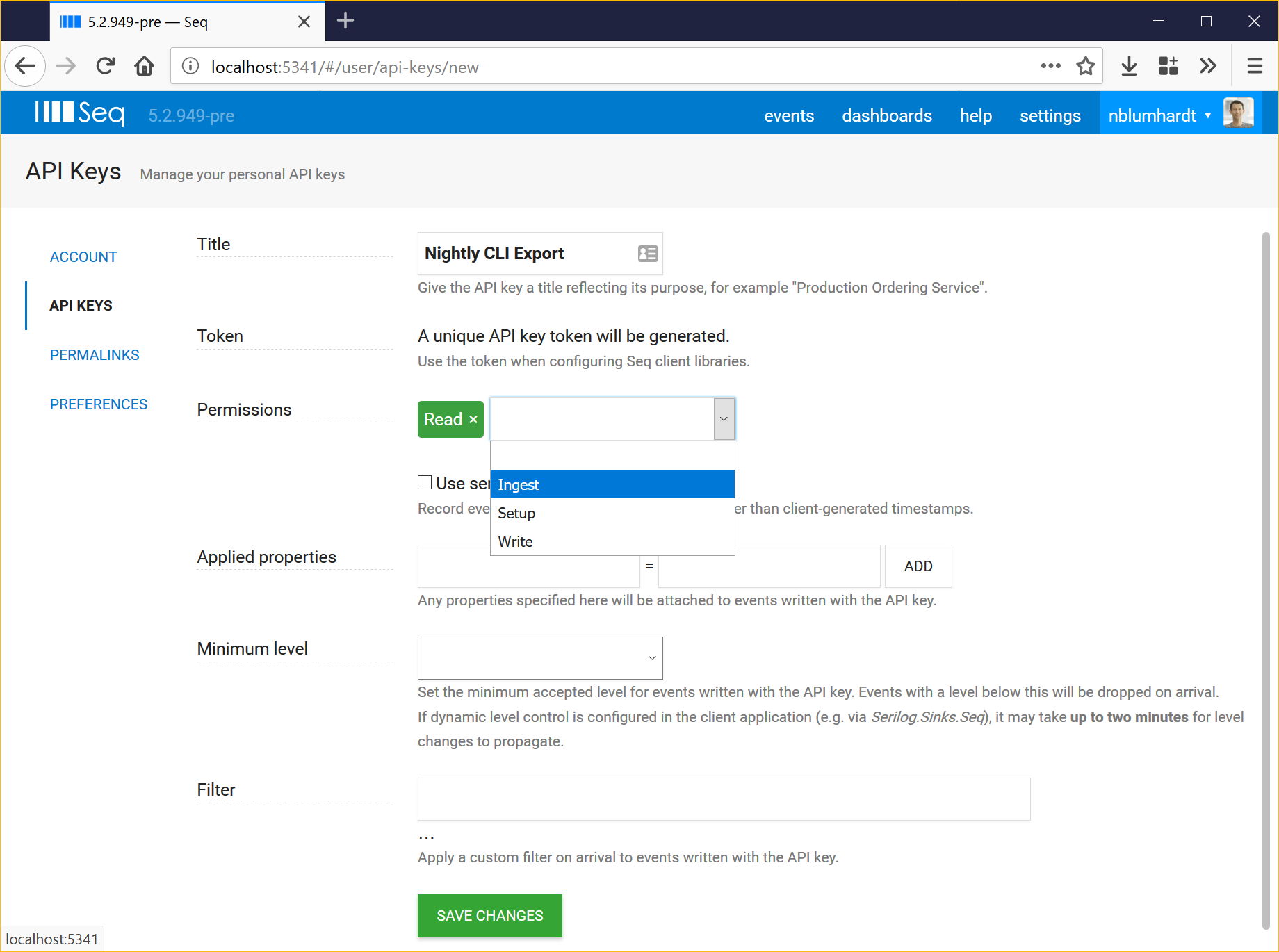 The set of available permissions is currently small, in order to simplify migrating from earlier Seq versions:

The new foundation provided by API keys in Seq 5.0 will allow for better automation and integration through seqcli, easier sharing through features like login-free dashboards, and fewer administration bottlenecks around API key provisioning.

Base URI for Kubernetes Ingress

Deploying a datalust/seq Docker container behind a Kubernetes Ingress or other proxy is made easier in 5.0.949-pre using the BASE_URI environment variable:

Seq won't listen at this URI, but will use it when generating inbound links, such as those attached to alert notifications, redirects, and the reply URL supplied during Azure Active Directory login.

This is not a production-ready release, but we do hope that if you have a chance to try it out you'll share your feedback and impressions.

As the Windows build is our first running on .NET Core, a lot of the underlying infrastructure has changed. Upgrading should be seamless, and existing data preserved, but we're on the lookout for any changes in behavior. If you spot anything amiss, please raise an issue to let us know. Thanks!

Seq is a log server designed for modern structured logging and application monitoring. It's used in all kinds of…

It's here! Version 4.5 adds NLog to the list of industrial-strength logging libraries for .NET with full structured…