Since Seq 4 first shipped in May, we’ve been hard at work on Seq 4.1, which contributes to all-round performance and polish, and further enhances the new dashboarding experience.

TL;DR: Seq 4.1 is a quick in-place upgrade; grab the MSI installer from getseq.net.

If you haven't checked out Seq's new dashboards yet, it's time to take a look. Structured log data is great for diagnosing issues, and that same data can often be used to catch issues earlier or prevent them altogether. Seq's dashboards are a quick, easy, and beautiful way to get details and overall trends from application logs up in front of the team.

Dashboards now support more layouts: each chart can be configured with a width between 3 and 12 columns, and a height of up to four rows. 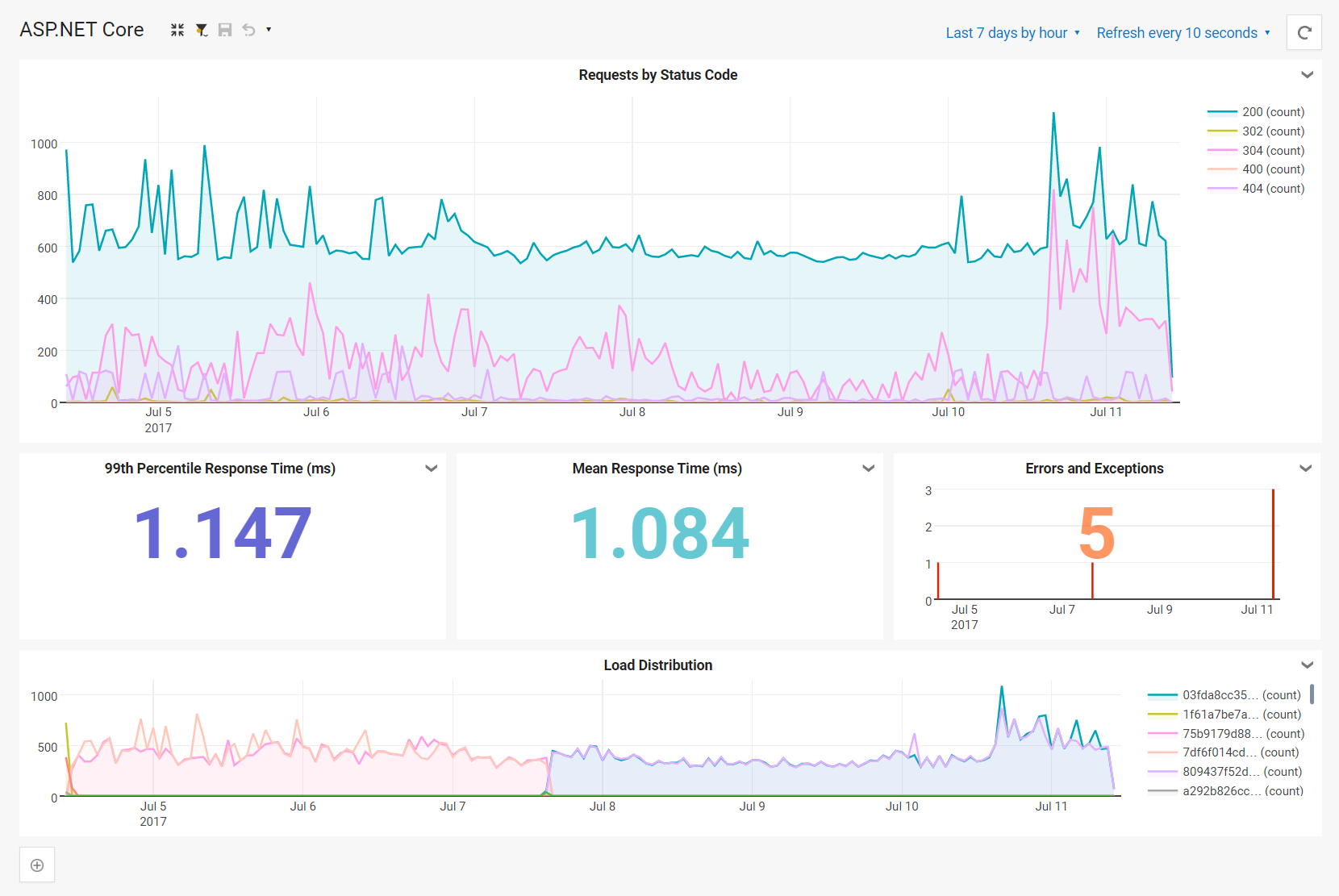 This works especially well with the new "value" display style, seen in the response times in the middle row. Sometimes just an overall count, mean or percentile is nice to view at a glance; Seq also provides a convenient last aggregation that computes the most recent value of an event property. This works even if the value is textual rather than numeric.

Dashboards have received many other improvements in 4.1:

Performance is a priority item in every single Seq release. This time around, a diverse selection of performance improvements have been made.

We know a number of our customers are eager to move their Seq installations onto standardized Linux server infrastructure. Seq 4.1 is taking the first big step to make that happen by supporting pluggable on-disk storage engines, and shipping an LMDB-based storage plug-in out of the box.

While it's not yet the default, we've seen great performance from LMDB so far, and had promising reports from early adopters. In addition to powering Seq on Linux, it's likely to be an important part of Seq's Windows support in future.

To give LMDB a try, at an administrative command prompt on the Seq server, run:

Changes won't take effect until a new 7-day storage extent is created. If you decide to switch back, just run the same commands with ESENT in place of LMDB. We'd be enormously grateful for your feedback on the new storage engine, if you're interested in trying it out.

There are several smaller improvements made in this release that we haven't called out here. You can find and search the full Seq 4.1.14 release notes on GitHub.

Just download the Seq installer and go! All recent (2.x and later) Seq installations can be upgraded by the installer in-place.

The Seq dashboard is generally used for charting values over time. There are a few monitoring scenarios, though, in…