When a new issue shows up in a complex environment, it’s nice to know what recently changed. The Seq step template for Octopus Deploy lets you record deployment events to Seq, so that you can view and filter them alongside other events in your logs.

The step template is called Seq – Log Deployment and it is included in the fantastic Octopus Deploy Library. This is a community-contributed repository of actions that Octopus can perform for all kinds of purposes during deployment.

To add the step template to your Octopus Deploy instance, first copy it from the library using the big green button.

Back in Octopus, go to Library, Step templates and select Import in the top-right of the screen. You’ll end up with a new step type available in your deployment processes: 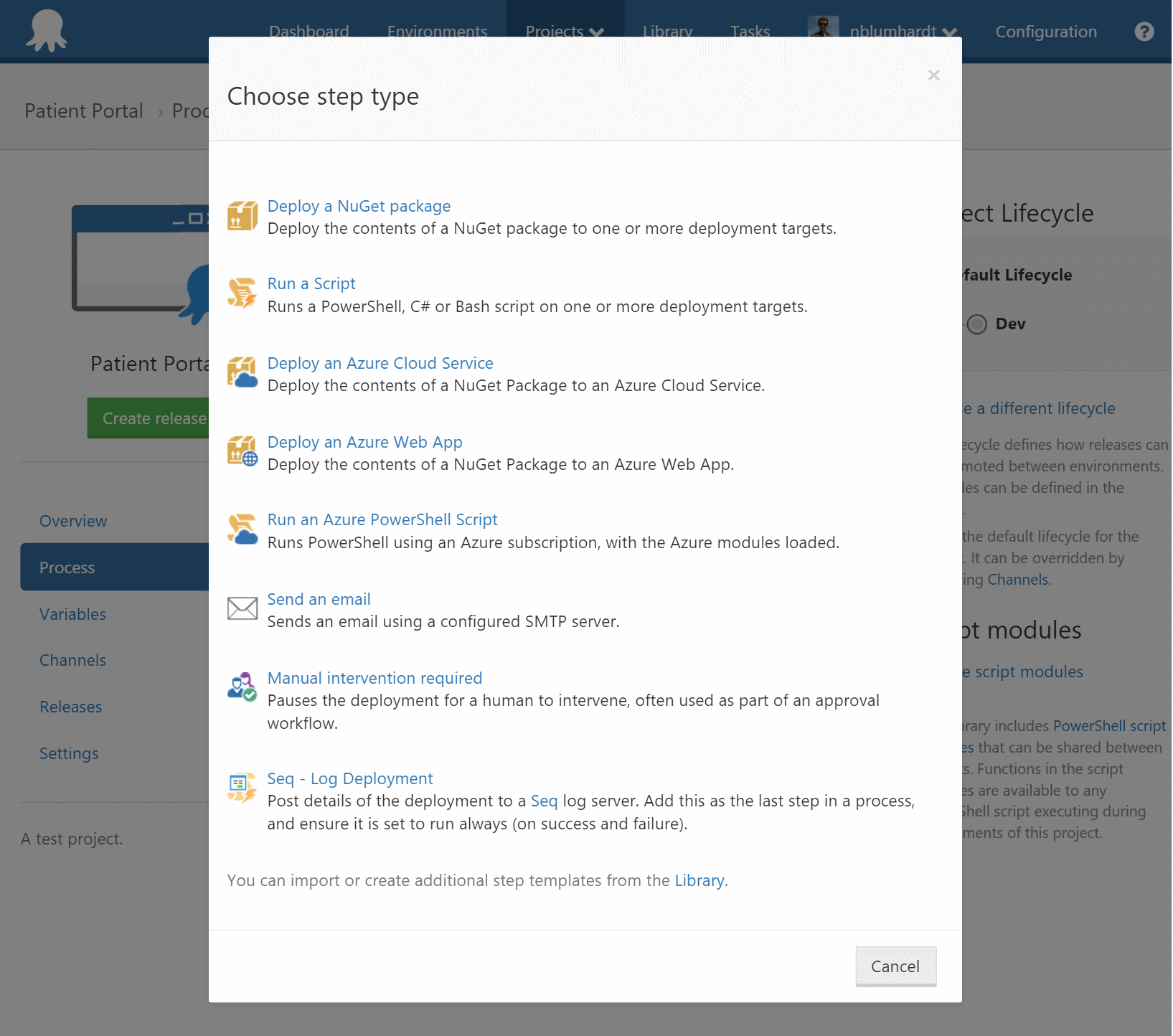 The step has parameters to specify the Seq server URL and an API key if you’re using them. Make sure you specify the Run condition as Always run so that failed deployments are logged as well as successful ones. 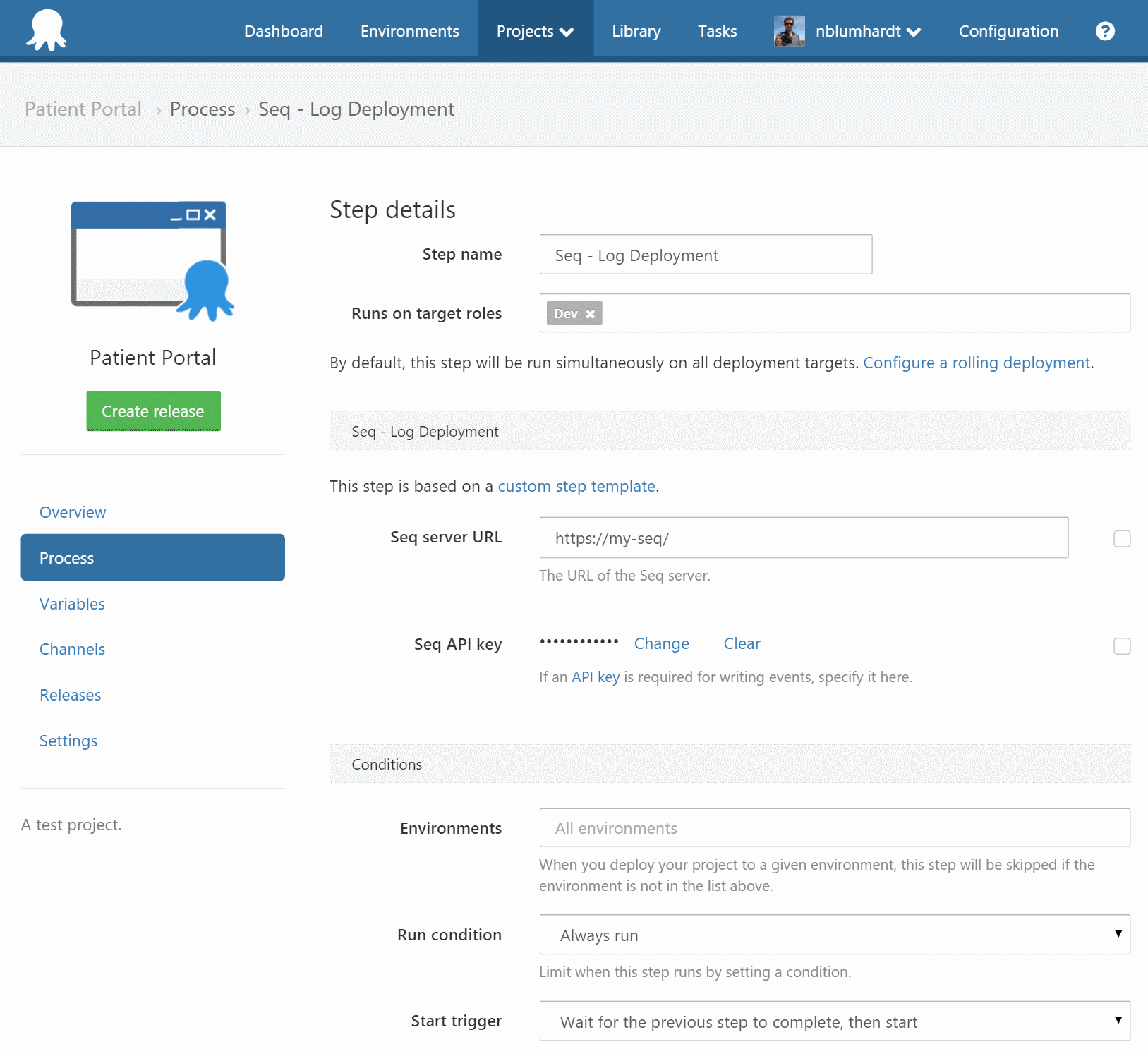 And that’s it! Deployments in Octopus will now appear in Seq alongside your other application logs.

(Octopus Reactions is an interesting proposal for richer eventing that was published late last year on the Octopus Deploy blog. Definitely one to watch if you like to integrate everything in your devops toolchain - we're following along keenly!)

Great logs need to be built-in from the first day of a project. It's only by using your application…

Slack is a great way to keep your development team in sync with each other and the operations environment.…